Reticently i was working a  little Solar lighting project, i need a really bright insane ~25W  LED lighting. But issue was for 25W it a lots of power for LED and it require some skills to make such a high wattage LED driver. primary objective of this project is to get a descent knowledge of MPPT charge controller and MPPT charging algorithms. this project is part of the project , that i will post later. 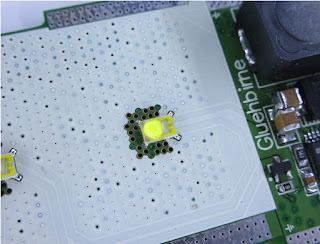 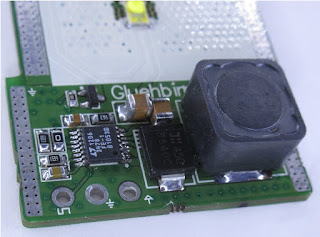 First we need to chose which LED we are going to use , i really wanted to stuck with good manufacturer so Philips , Osram or perhaps everlight. with experience i had gone with Philips  LUXEON Reble ES series leds, i.e. LXH7-PW40   or LXML-PWC2 . this series led are very easily available on mouser, digikey and farnell (element14 here). i have already used these LEDs in a very robust and can be pushed upto max 3W each so we need really few LEDs. although 3W is achieved with 1A at 3V. at 1A current efficiency of the led is little bit low  as compare to maximum efficiency which is achieved at 700mA current with gives around 2W at 2.8V.

for this particular project my main aim is to learn about different software algorithms in MPPT chargers. so  LED efficiency is not really a primary concern for me , at least for now. we can fix this later.

For the drive ,we are going to chose a simple switching drive, rather than a highly efficient but complex to design fly-back converter  design.as designing fly back converter is itself a task. so first requirement itself is , that the circuit should be simple.

so here are the requirements, i need 360 degree light so we need LED pointing in minimum 3 directions 120 degree each . with capability to control any one of three 120 degree light individually. they should also be PWM dimmable. To have individually control each 120 degree segment , we either need some extra circuitry with just one driver , but i have decided to just make one PCB 9W capability  with 3 LED, and will fit this PCB in triangle form to get a nice 360 degree shape.

the whole system will have large li-ion battery ,  actually two li-ion cells connected in series, which with 3.0V to  4.1V cell  give , around 6V minimum and  8.2v maximum supply range. 3 led require around 9V to drive upto maximum current of 1A with will give 9W total.so we need a really powerful boost converter.

with these requirements i searched a lot but for quite some time , could not able to find some off the self part which can drive such a high wattage at such a low voltage.

but in the end if found LT3478  from linear technology. this IC has internal 4.5A switch, accept inputs as low as 2.8V and maximum upto 36V. we can program maximum led current and can also program over voltage protection for LED. adjustable operating frequency from 200Khz to 2.25Mhz depending on load , input voltage and inductor size. A another variant  of  LT3478 , LT3478-1 even has on chip current shunt, so less external components.

Let Look at The schematic.

schematic is fairly simple , just immediate copy of reference circuit which linear provide in the datasheet. there is actually schematic for exactly same family of led which we are using but the circuit ment for 15W with just single driver and 6LED. we going to  have only 3 LED running a little higher current and slightly different input voltage. 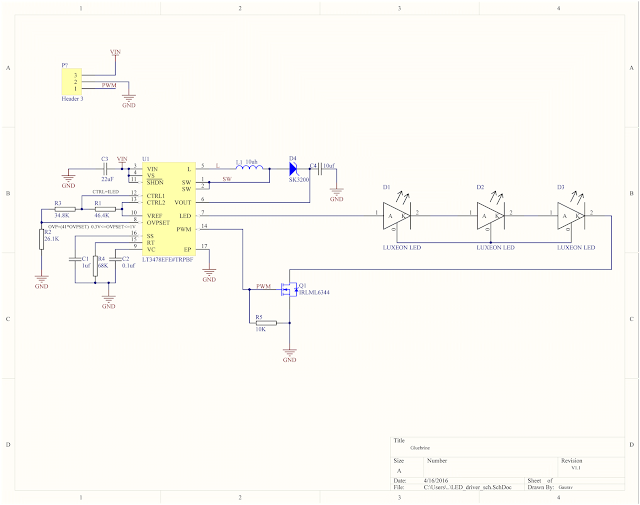 Thermal consideration for PCB design
Philips LUXEON  LED has a very specific land pattern , please refer to ANXXX for detailed description. in the github repo ,you will also find the Alitum library of Philips LED.
LED Running at full capacity , generate a descent amount of heat , due to unnecessary hassle of having drive on separate board   and LED on another , i just totally avoided metal clad PCB , because metal clad is mostly single layer and dual layer MCPCB will be fairly costly. but i do opted for a very good quality FR4 metrical with better temperature grade.

after prolong operation at 700mA current the thermal design seems to be doing very fine for LEDs, though every thing worked fine as we were feeding fairly low minimum voltage ~6.0V driver is not very efficient  at voltages less than 8.0V. more details about efficiency in available at the end of the article.

As i mentioned earlier that i need 360 degree cover with 120 degree LED ,  so i have made a PCB design such a way that PCB can interconnected to form triangle and cover whole 360 degree. reset is explained the PCB design. they suppose to be some what incontestable. although there are better way to do this with slots and holes. but i don't want to waste my PCB real-estate in any fancy solution . So i opted for this solution. 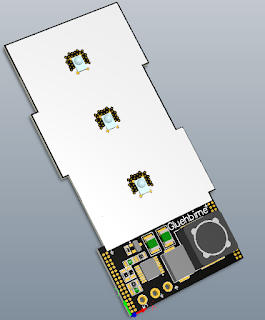 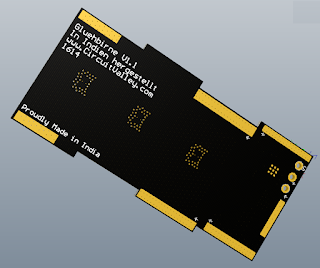 Supply also chained between boards. what it means that you just have power one board , the all be connected electrically  with the interconnection arrangement.though PWM dimming signal need to be supplied separately . 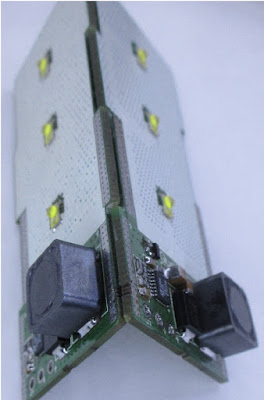 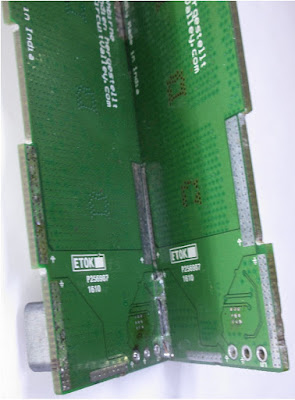 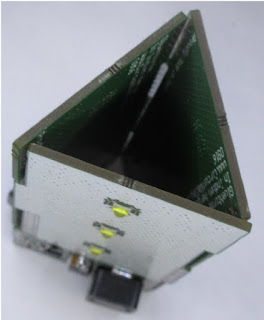 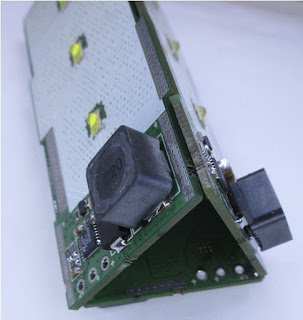 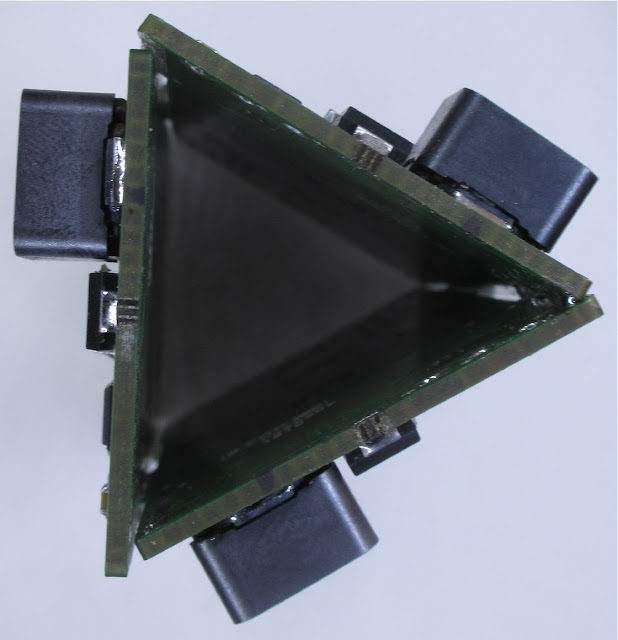 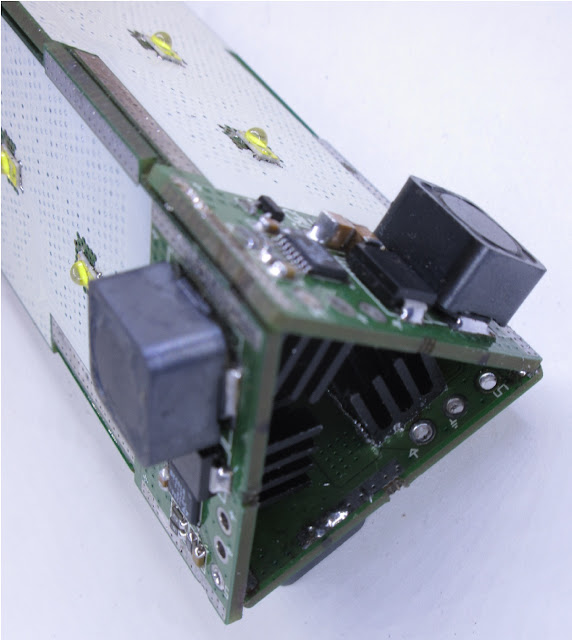 PCB design in done in Altium , i have access to Altium with few of my contacts. source file of the PCB are in my github account  https://github.com/circuitvalley/Solar_LED_MPPT_Charger .

To be exact here https://github.com/circuitvalley/Solar_LED_MPPT_Charger/tree/master/LED_Driver_LT3478


First test and efficiency and thermal consideration of LED driver

As i was already aware of poor efficiency at low input voltages i did some maths to get my self ready to have some arrangement for heat. as per theoretical calculations At 6V input efficiency is about 67.5 % only. so if LED running at 1A , they will consume 9W, and circuit will be eating around 14W ( without including power loss in inductor and other component ).by this we will be dissipating around 5 W in the driver IC only , this much power is too much for such a tiny IC , it is going to make drive too hot if heat is not spreaded across the board. as i intentionally kept the bottom the PCB totally clean , so i bought my self little heat sink  , 20mm X 20mm X 10 mm  and pasted on the back in whole length wither thermal tape, covering back of Driver thermal pad the LED also. with passive heat sink it worked just fine , driver was not getting too hot to fail.   though IC has Program LED Current De-Rating vs Temperature. which means , user can program if they want current to lower down   if IC get too hot. but i am not using that for now.


at 6.0V input , with 700mA led current , LED consume ~6 W , at 67,5% efficiency we will be feeding  8.88W ( without including indutor and other component power loss). by this we will be dissipating around 2.88 W in the driver IC only , this much power is too much , it is going to make drive too hot but i have tested it for days in relatively hot environment ~35 degree ambient , it managed just fine.

as it turn out that this IC is not very efficient at low voltages. but it is fine for my purpose .  i don't care about the driver much , i am more concern about MPPT software . 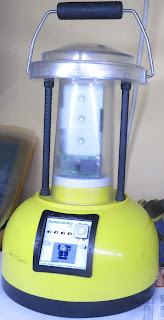